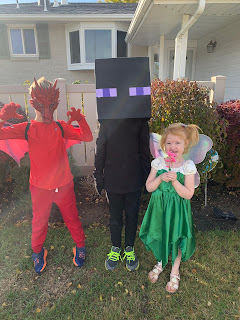 I ran out of photo memory on my phone, which made me realize it was time to catch up on the blog. I don't journal, so if I want a record I have to record it here. The kids had a blast over Halloween! They each wore about 3 costumes. One to school, one to the trunk or treat and one trick or treating (since this year fell on a Sunday, we got a little trick or treating in both Saturday and Sunday 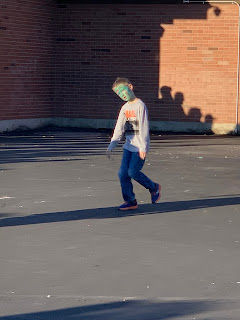 Dustin had fun chasing his friends around at school as a zombie. He came up with this idea the night  before. 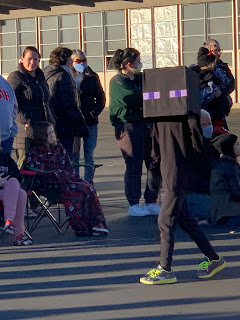 Logan went as an Enderman from Minecraft. He didn't love any of the costumes he found online, so we made this one ourselves. It was tricky to figure out how to keep it on his head, but it worked out! He carried around a square treasure chest box he created for Valentines day a few years ago to collect candy. He was quite pleased with his hard work 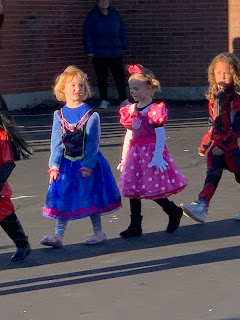 Brooklyn was a princess at school, a fairy at church and Something else trick or treating. She loves all things beautiful, so the more opportunities to wear beautiful things, the better 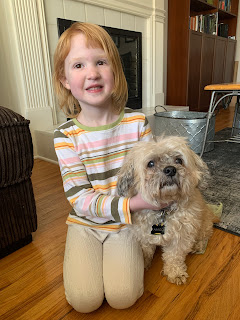 We got the opportunity to watch Amigo for 3 weeks and the kids LOVED having a dog! Brooklyn was so sad on his last day that he was going home, she carried him around all day and got in extra snuggles. He was happy to let her carry him and enjoyed the extra love. The boys decided they didn't like walking a dog when sick or in the rain/snow but other than that they enjoyed our temporary pet 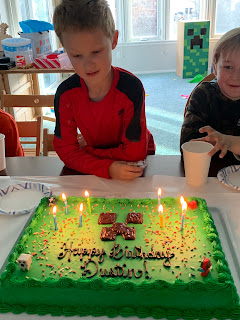 Dustin turned 8 in November! He had a huge, wild friend party! Those kids had so much energy and had a blast! He invited several boys and girls from his class and church and most of them were able to go. Dustin is a fiercely loyal friend and always watching out for everyone around him.
He also choose to baptized and confirmed a member of the church. He was excited to get to choose a dessert to eat after, and received a set of scriptures after. 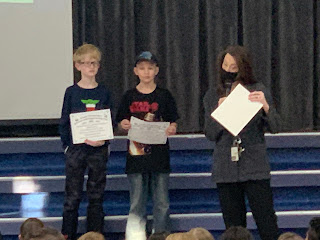 Logan worked with his friend Michael on Science & Engineering Fair this year! They made a holograph maachine and tested out different theories about how well it would work (with different color filters, in the light or dark, etc). They won second place, and we were so proud of them!
I wasn't able to attend the actual Science Fair because I was having surgery (correct deviated septum in both directions and remove a bone spur growing off the side of the deviated septum). But Grandma & Grandpa said they did a great presentation.
Funny story, I recently cracked one of my teeth from nighttime grinding/clenching and they did a 3D x-ray of my skull to see my bone density. While they were looking at my teeth the tech exclaimed "WOW! You have such a perfect nose (pointing at my newly healed septum). I've never seen such a beautiful nose" to which I responded "It better be! I payed enough for it!" which looking back she probably had a nose job. But it was pretty funny 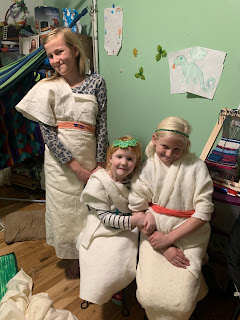 Brooklyn has been loving living close to the cousins! She's so happy to get her girl time in as often as possible 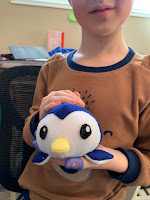 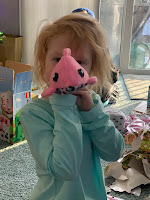 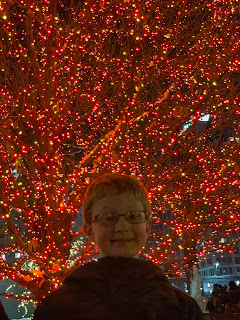 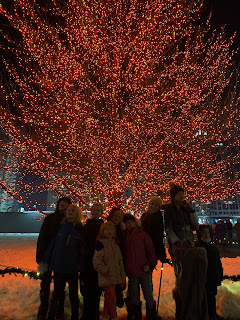 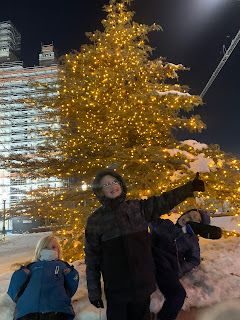 We were so excited to get to go to temple square again this year! We've missed the lights for the past two years. We got to explore with my parents, Dan and Mike and Sheila's families.

The kids all sang a song in a musical Christmas performance. Unfortunately the boy's songs were too long to upload onto this. 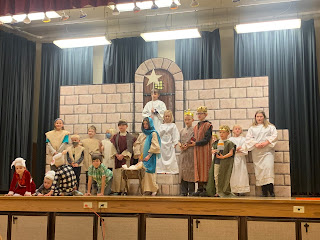 The kids got to participate in a Christmas pageant at church this year too. They had a blast practicing and performing! 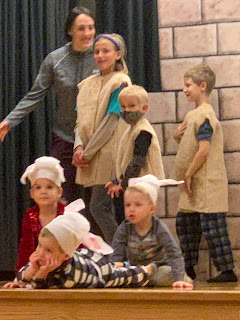 Dustin was a shepherd with his cousins Rea and Gideon. The sheep were WILD and the shepherds had a tough job chasing those sheep around and keeping them in line. It was HILARIOUS to watch them yell at the kids and try to heard them 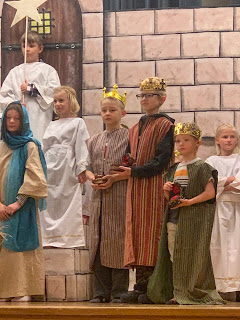 Logan got to be one of the three kings. He did a great job and was so glad he didn't have to be Joseph 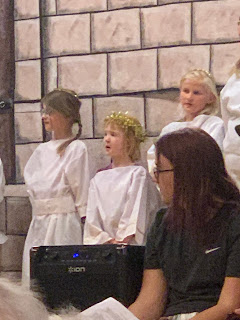 Brooklyn was an angel and she was super happy she got to dress up beautiful with the big girls!

I think it was over Christmas we finished our master bathroom. I love how it turned out and I love having our own little bathroom! It's so nice to not have to share with the kids. I have the fancy soap in there and the kids refuse to use that bathroom because there is no lock on the door! Best kid deterrent ever. Who knew?
Posted by Amy at 10:51 AM