Fun times in May 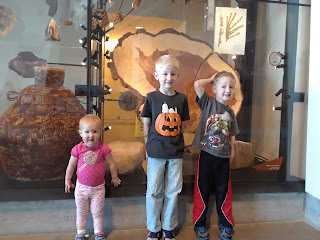 We've had a fun month of May! This month there was a free day at the Utah Museum of Natural History so we decided to skip school and hit it up! The kids had a blast learning about all kinds of different things. Logan was really excited to not be in school (it's been such a rough year). We've been a few times to this museum, but this was the first time we made it to all the rooms in one trip! 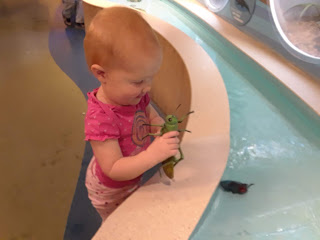 They have all kinds of different rooms with different things to learn about. Brooklyn's favorite room was probably the one with a water table that you could "catch" bugs in. They she loved splashing in the water and trying to chew on the bugs (even if Mom wouldn't let her). 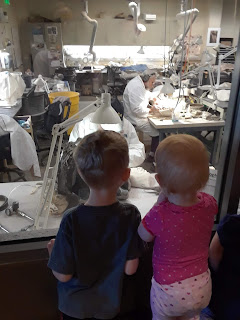 Dustin and Brooklyn were fascinated with the scientists excavating dinosaur bones on site! They thought it was great to watch and Dustin decided he definitely wants to be a scientist when he grows up, 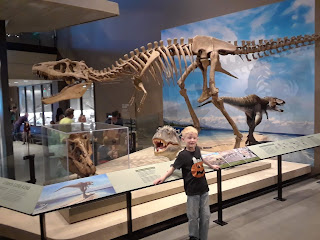 Logan loved the big skeletons the best! He liked to tell me which dinosaur it was the bones for and if it was a meat or plant eater. 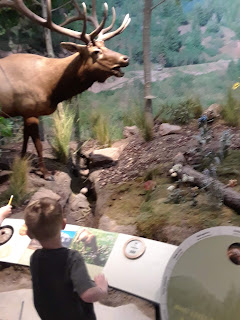 Dustin's favorite were the indigenous animals of Utah stations. The wheel on the right had a picture of each animal hiding in the display (with the name listed on the top). He would spin the wheel so you could see the picture and play a big eye-spy game. 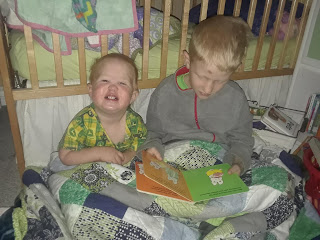 I went to wake up Brooklyn last week so we could be on time for school and found Logan reading books to her! He's really become a fabulous reader (off the charts) and loves to share his skill with his siblings. 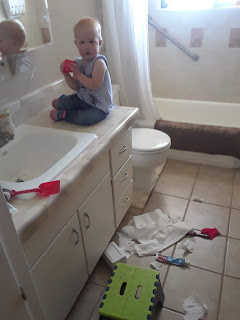 Brooklyn has learned to get into everything in the house lately! Little punk can climb up on the counters, kitchen table, sink, and even tries to get on the boys bunk beds! I can't keep up with her messes most days! 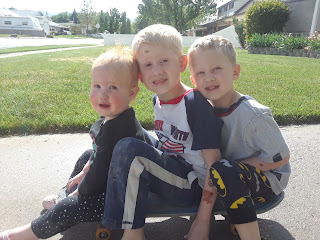 We've been loving the 70 degree weather Utah has had lately! Brooklyn thinks she should be outside all day long and always cries when it's time to come inside. I found a bike attachment that allows me to make my bike a tandem bike with a kids seat on the back! So we've gone on about 3 little bike rides a week. 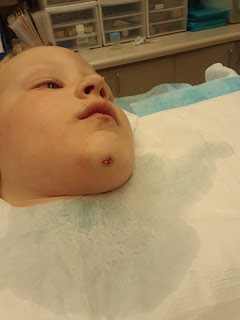 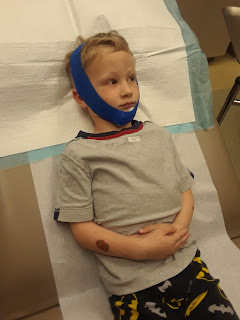 He was really brave! First they squirted a clear jelly on his chin to numb it, then they cleaned it out and stitched his shut. He cried more for the stitch removal than for the actual stitches. He was also pretty upset he couldn't take a bath for 3 days! So we promised him we would go to the Murray Pool this weekend to celebrate his stitches out and the end of School!!! He's really excited. 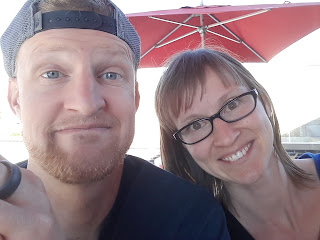 We went on a family date this week to Pizza Studio! They have artisan pizzas and a delicious gluten free crust. Usually we just pick up pizzas, grab the boys a Little Caesars and eat at home, but this time they had a deal where kids eat free, so we took our pizzas outside and let the kids run around the courtyard and play in the fountain while they should be eating. They were so hungry they ate the whole two kids sized pizzas on site. It was fun! 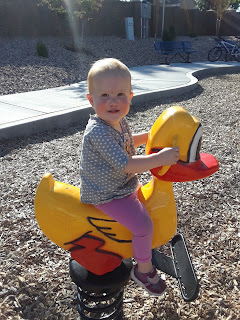 Brooklyn is getting so big! I can't believe it. We still call her the baby, but she really isn't anymore. 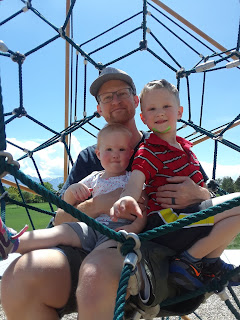 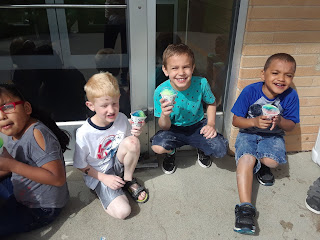 Wednesday was field day at school! I helped run the Snow Cone station and they kids had a blast! Brooklyn ended up with red syrup in her hair, and we all left the day sticky. 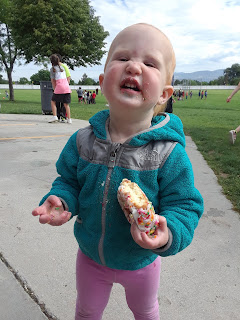 Someone brought doughnuts for the volunteers and Brooklyn and Dustin had a blast eating all the frosting and sprinkles off theirs. 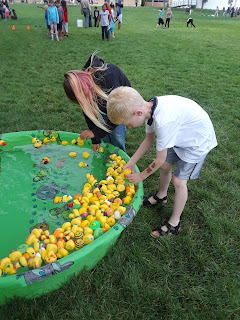 Logan said Field Day was the funnest day of the week. He loved being outside and getting to play games all day. 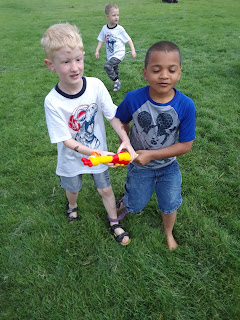 I've been cleaning out the pantry and finishing the basement storage closet this week. The basement took FOREVER to clean out! We have something ridiculous like 12 big storage crates full of kids clothes. I downsized everything to 14 of each gender per size per season. I donated 2 trash bags full of clothes to DI and have two more trash bags I need to sell or find a new home for. I decided to get all the baby clothes out of the shed too, so I now have gone through ALL the baby clothes we own. Hopefully we can get the rest of the shed re-organized this weekend and have that job done for the year.

I also hit up the library for more books. I know, I didn't NEED more books, but they did the kids books last week, so I spent $9 getting something insane like 30 books. I plan to let each kid pick a new book every week of the summer out of the pile to read. I have also been collecting chapter books for Logan (Captain Underpants, Bad Guys, etc) so when he's "bored" he can have some fun new reading options.

Other than that we're just ramping up for summer! Grocery shopping! Trip planning! Gathering activities to keep it fun! I feel like this summer is going to be a mess, so I'm trying to do everything I can to prep.
Posted by Amy at 10:36 AM No comments: