In which we sleep, create things and use the potty 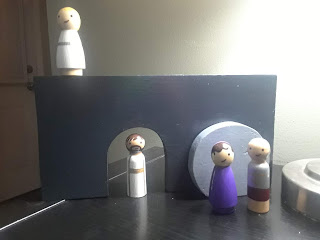 I'm starting with the fun parts of the last few weeks because it's far more entertaining to write about. 3 weeks ago I was asked to help plan activities for the 8-11 year old girls at church. My friend Lori is the other leader and we've had so much fun brainstorming 2 activities a month for the rest of the year. The big one I'm working on right now is an Easter Peg Doll scene for Easter. Dave helped me cut out and sand all the wooden caves and boulders so we are ready to paint peg dolls for the activity! We have all kinds of fun stuff planned and I'm excited to really get to know the girls better. 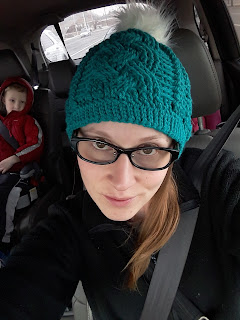 I also crocheted my first cable beanie! I just grabbed a ball of old acrylic yarn from my closet to learn on and made a million mistakes. But the end results are wearable and I learned a lot. I started a second one with a soft grey yarn that was my original plan for this pattern.
I was catching up with a neighbor yesterday and realized the last 4 weeks has just been exhausting! 4 weeks ago Logan got sick with either a really really bad cold or a really mild flu. For the next two weeks we all got sick and got over it. It was pretty rough and my appetite still hasn't fully recovered. And we all still have what Brooklyn calls a "lingering cough". I didn't even know she knew the word lingering until she kept telling me about her cough! She's such an intelligent 2 year old.


But we have had fun along the way. the kids all made robot hats and wore them around for about 2 weeks. Their favorite part was on the back they tied plastic tubs that could be filled with toys. Because robots always have to have their toys handy. 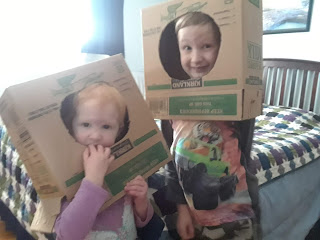 The week before we all got sick I told Dustin I would sew him a Charmander hoodie. He has been begging for weeks.  So I had the pattern and the material all pulled out and ready to go. In the middle of me being sick he reminded me that I PROMISED I would make it. So one sick day was spent sewing this hoodie. It turned out well although I really wasn't loving sewing it at the time. 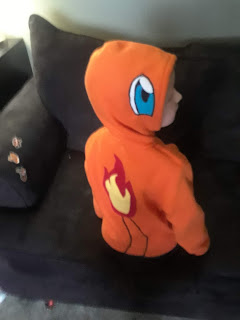 The week after sick was tax weekend. I have been dreading doing taxes because a few credits had changed and I was worried we would have to pay money. But we ended up getting money back! Which is great because now we have replenished our emergency fund from having to buy the van. I've been stressing about the low funds for 6 months because you never know when you'll need an emergency fund. 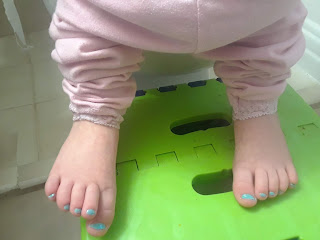 This past weekend was potty training weekend for Brooklyn! She's done really well. Friday we had tons of accidents and 1 success. Saturday we had 1 accident and lots of success. It was her first day telling us "I have to pee", running to the potty and actually going. Sunday I stopped reminding her we needed to go and she only had 1 accident and she even pooped in the potty!!! She was so proud that when we walked down the street to visit our neighbor Maurine she told her "I pooed in the potty". I sure our 70ish year old neighbor was very excited for Brooklyn (she received the news well anyway).
Posted by Amy at 9:34 AM No comments: