We spent the last week and a half at a family reunion (for my Mom's side of the family) in Avon, North Carolina! It was a ton of fun building relationships while enjoying the beach. 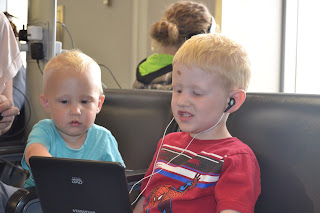 This was both of the boys first airplane ride. We had a layover in Atlanta, so technically it was their first and second rides. And we got to ride a train between terminals (which Logan loved because it traveled quite fast. We arrived Friday afternoon at the Norfolk, VA airport, and the boys did fabulous! I was so worried about them being ornery and annoying everyone else, but they were fabulous. 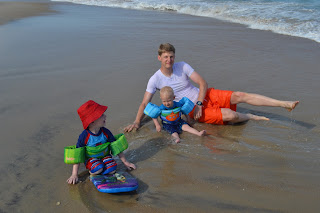 We spent Friday and Saturday night at my Aunt Kathryn’s house. It was great to have a day to get adjusted to the time zone change and become a little less grumpy. Sunday we headed down to the beach, went to church (which ended early due to an electrical fire) and the boys got to see the ocean for the first time!!! 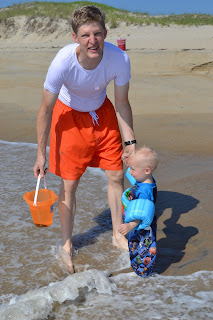 They were in love! Dustin had no fear. If we let go of his hands he would take off running for the water and squeeled with laughter when a wave hit him. They were also fascinated with all the sea shells they could find! They both collected and brought home a large kitchen bowl full. 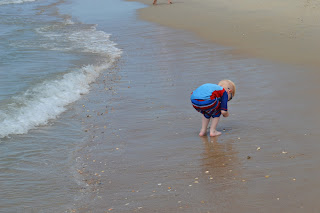 We found Lady Slippers, Scalloped Shells, Olive Shells, Coral, Clam Shells, and tons more I don’t know the names of. Every time Logan brought me a shell he would tell me “This one is for (Grandma Linda, Papa Bill, Great Grandma Yoder, Abby, Briggs, my teacher, me to keep… etc.). I tried to remember everyone that wasn’t there so we could give them a shell. 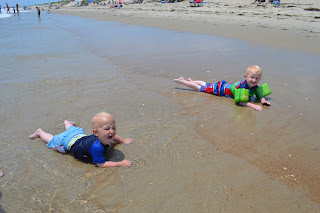 My Grandparents rented a few beach cottages that were just a sand dune away from the ocean. What I loved most about the reunion was that we could pack up our stuff, head down to the beach and all kinds of family members would come down and visit. We had so much fun swimming and visiting! 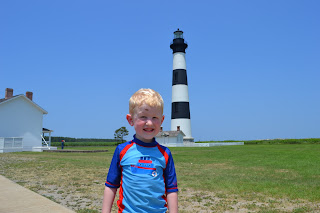 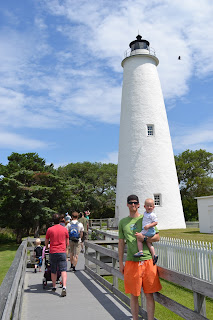 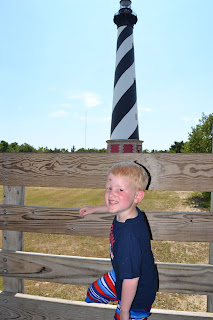 We saw 3 out of the 4 lighthouses in the area while we were there. Bodie Island, Hatteras, and Ocrakoke. We didn’t see Currituck only because we got lost and it was easier just to skip it. Logan loved the idea of a light house. 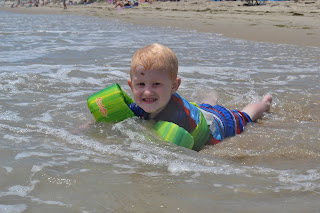 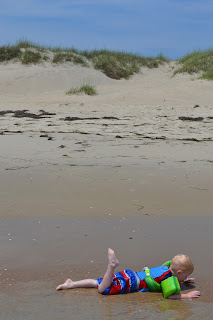 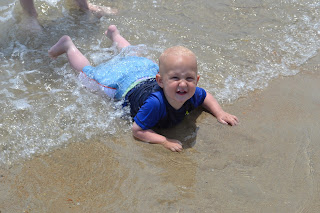 My Grandfather planned a million activities so we wouldn’t get bored while at the beach. My favorite was the Chocolate Extravaganza! All the ladies were invited to bring their favorite chocolate to share with the group. So we sat around and ate Chocolate and chatted! It was great to get to visit without the kids and meet the extended family that I didn’t know very well. 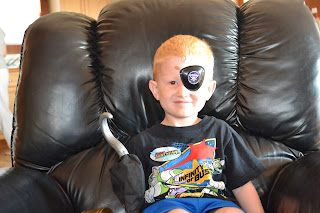 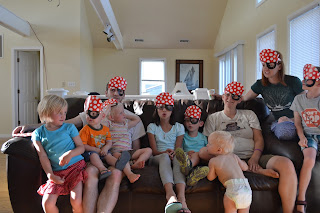 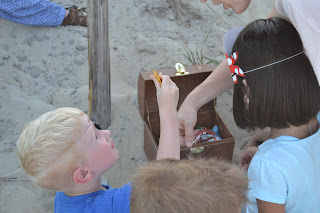 Logan's favorite was probably the treasure hunt! One of the cousins (Noah Yoder) planned the whole thing. He made (and burned the edges of) a map and led all the kids up and down the beach until the found the X to dig up! There was a treasure chest full of gold coins and ring pops! Logan was convinced it was real! And he was excited to wear his dress up pirate stuff he bought at the Ship Wreck gift shop (one I remember going to as a kid, and my mom remembers from her childhood too). 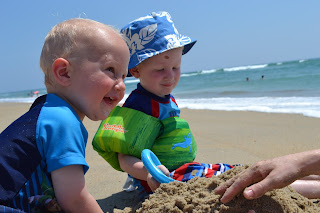 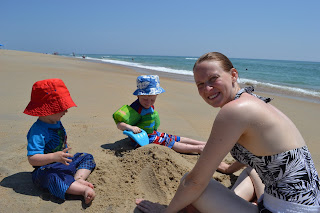 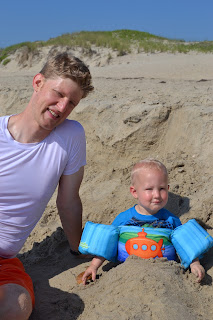 We also all loved playing in the sand! We made castles, buried each other, and dug pools that filled up with water. 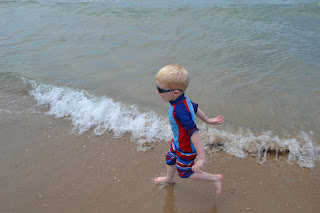 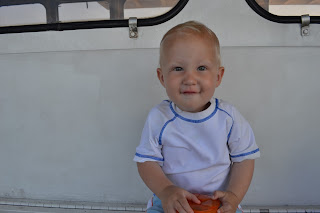 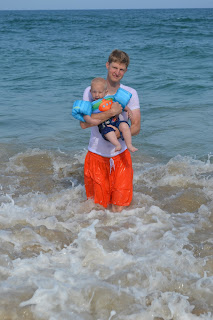 Something we didn't expect but really enjoyed was after 10 at night Dave and I went down to the beach and got to see some bioluminescence! From what we found online, it sounds like some of the sand fleas (aka mole crabs) were eating some Man of War jelly fish (that aren't usually in NC), and as a result when you walked on the sand at night your foot prints would sparkle! It was so cool. 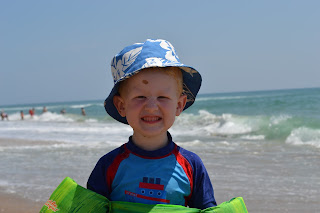 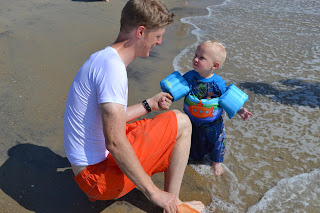 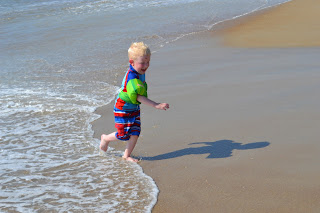 Logan's favorite night activity was going out with Papa Mike and catching crabs! I don't think he actually caught anything, but he enjoyed the chase. Papa also took us all fishing and Logan caught a fish, but it got away! But he still talks about how next time he is going to catch and eat it.

Over all it was a fabulous but exhausting trip! We had a great time and hope to be able to go again some day.
Posted by Amy at 4:24 PM 2 comments: