So before we get into this week, some Easter pictures I forgot about! Well, I was going for a traditional cute brother picture, but the boys just didn't agree. They wanted a silly one. I've kept meaning to dress them back up and try again, but it didn't happen. So this is what we got… Maybe Dave can photo shop the picture with Dustin smiling not the one with Logan smiling, although the wink is pretty cute too. 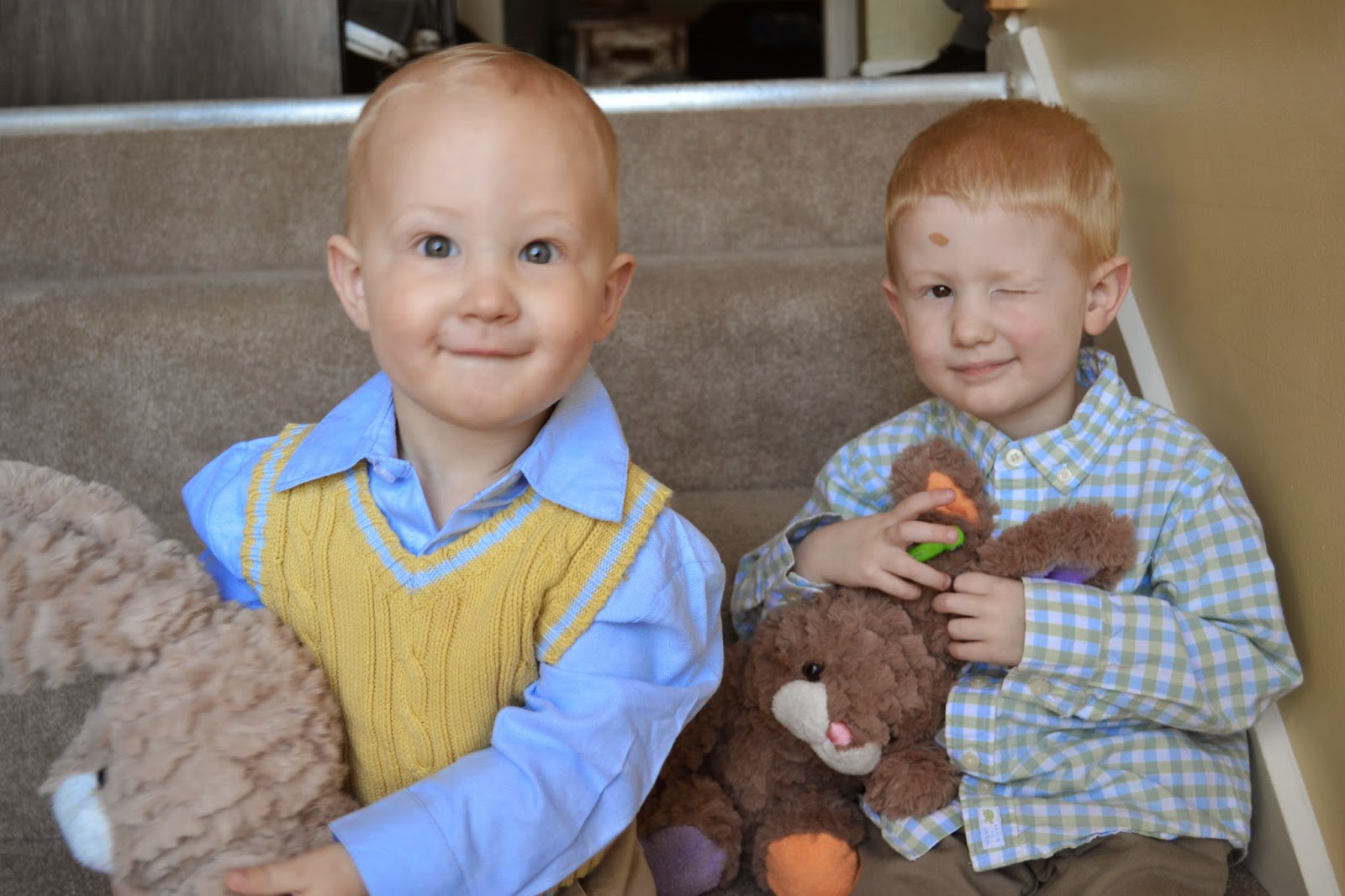 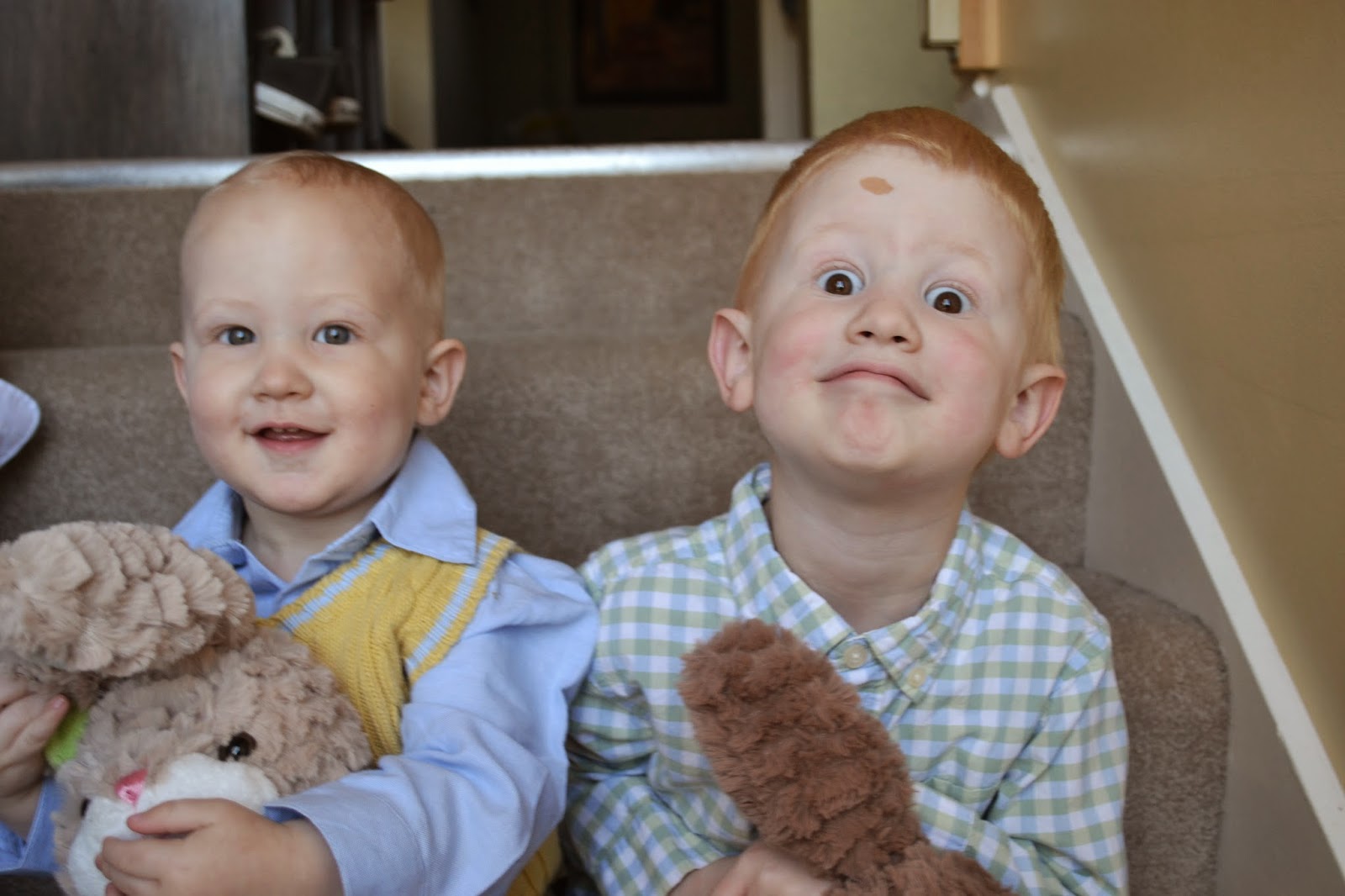 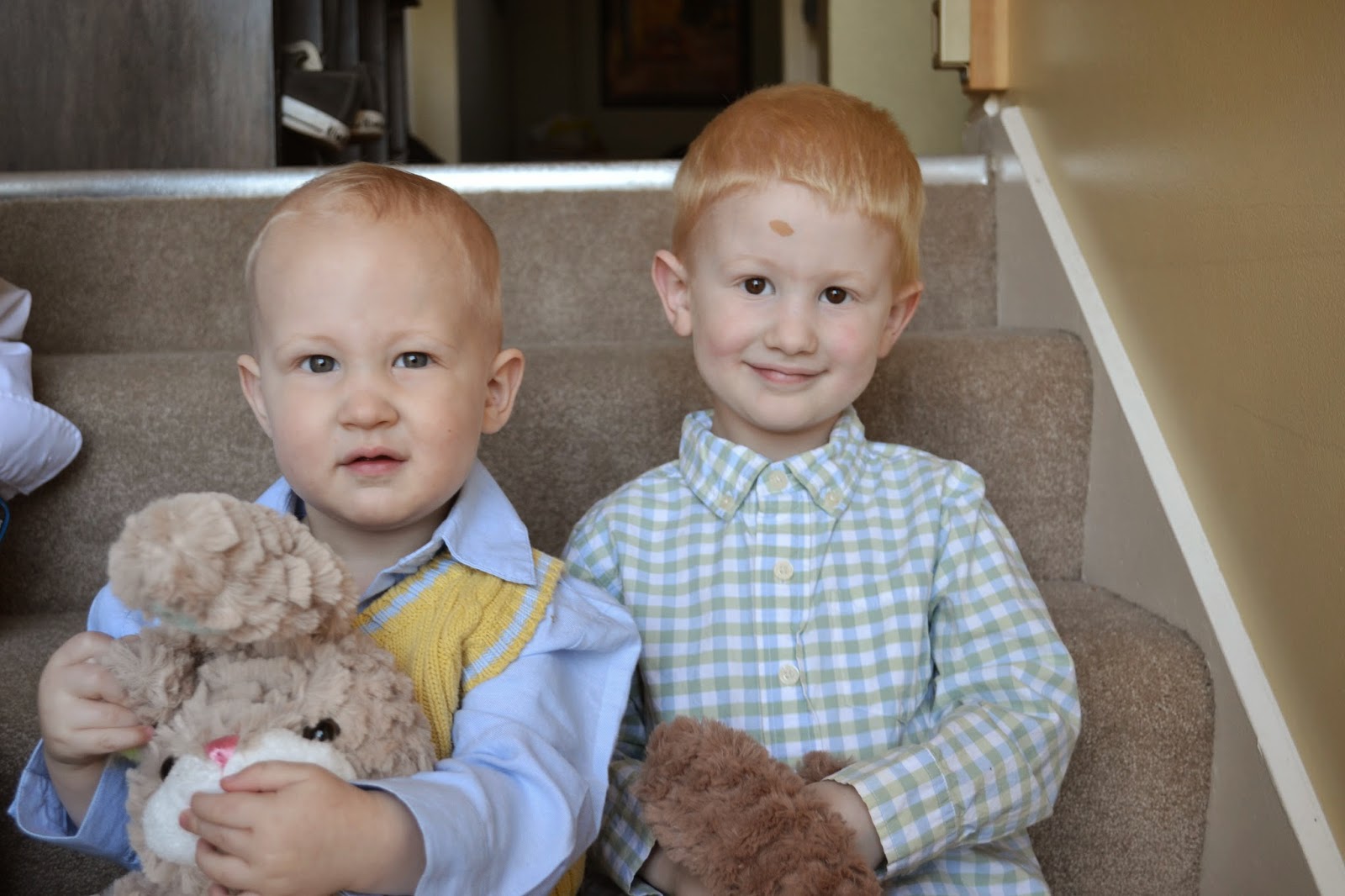 So we tried again yesterday and got two cute ones. I asked them to say cheese and Dustin would say it, then start laughing! Apparently it's pretty funny when there's no cheese in sight. Getting two boys to smile at the same time is quite the chore! No wonder our family pictures growing up always had someone not smiling in it! 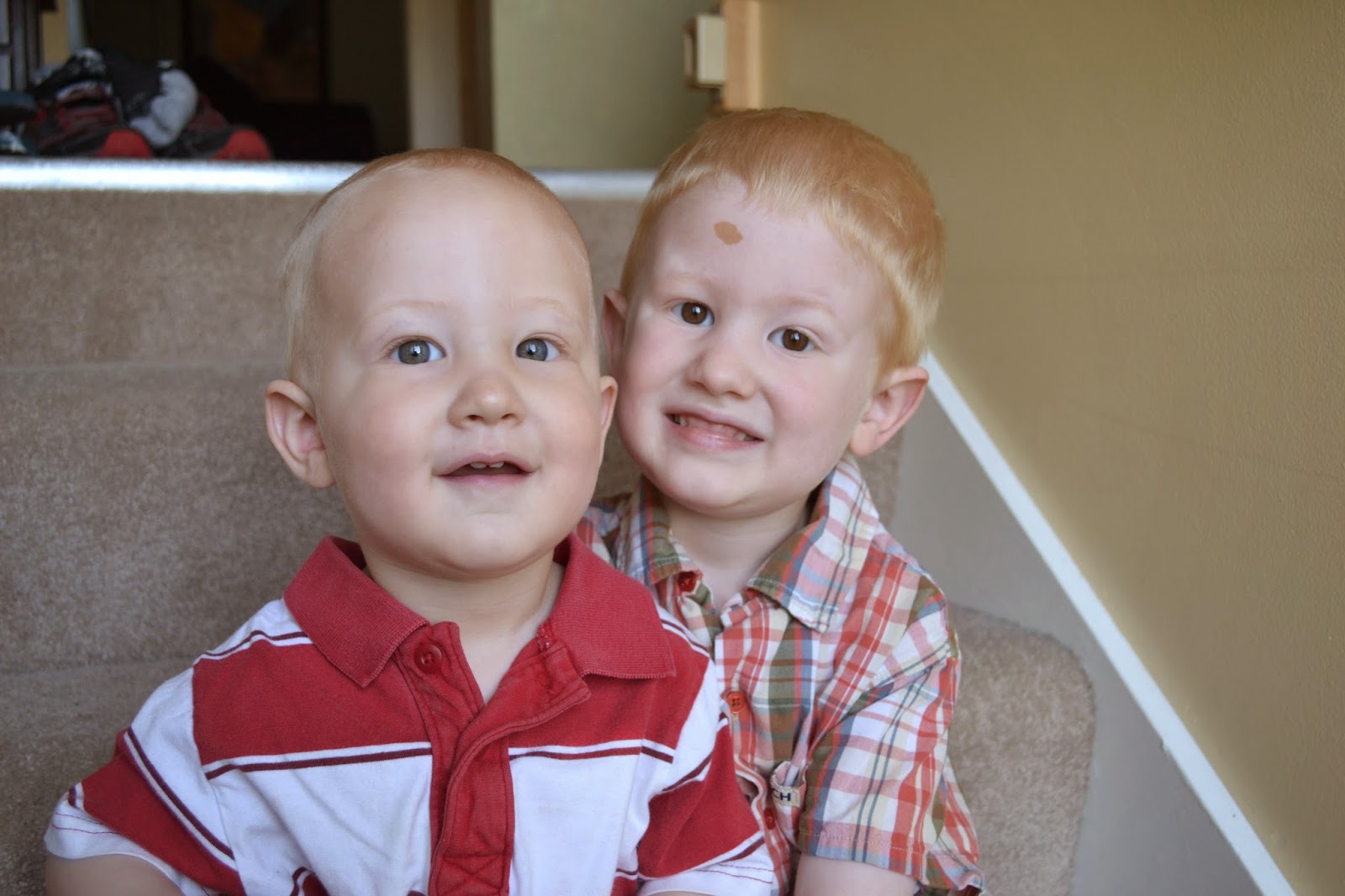 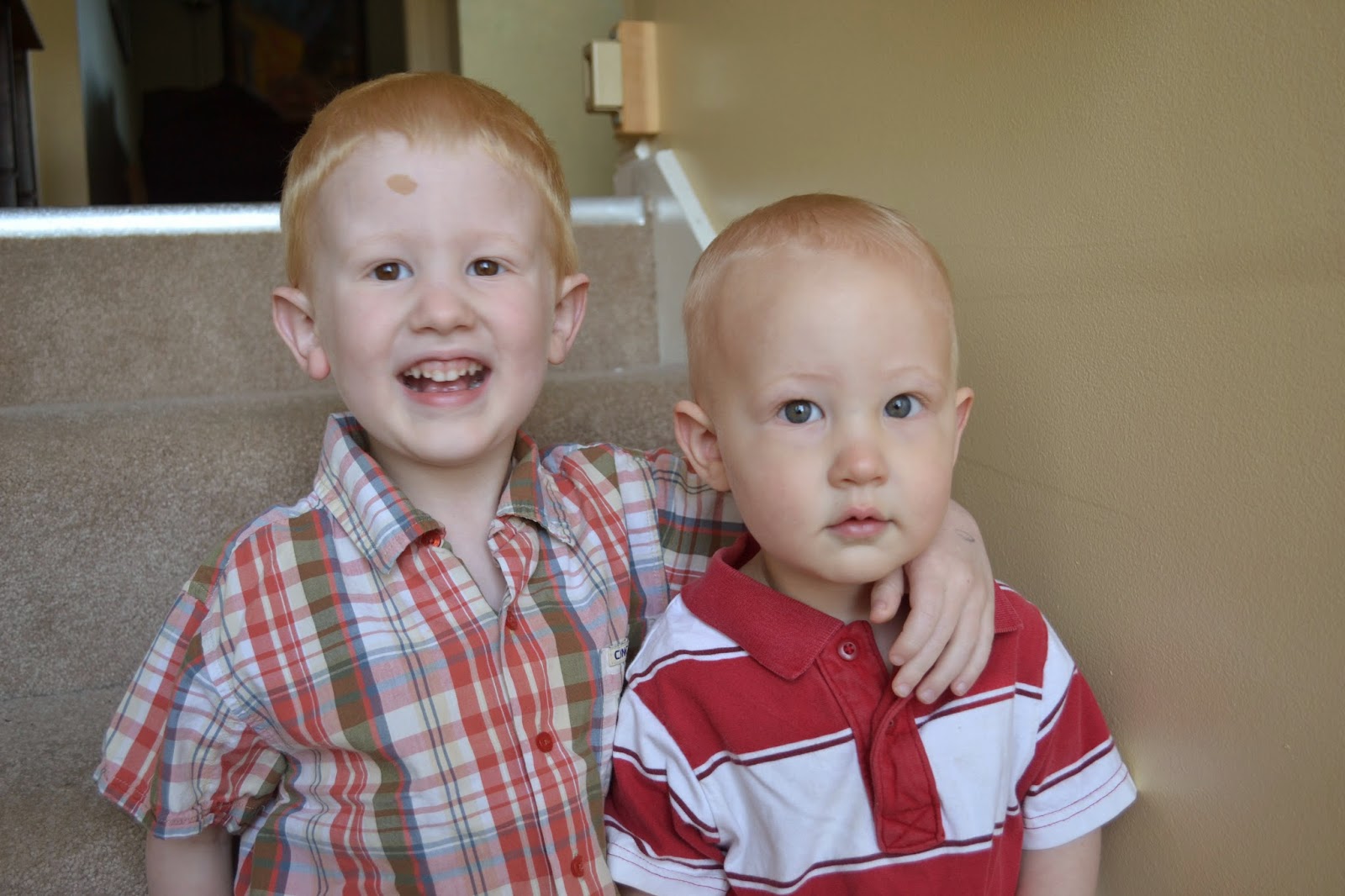 Anyway, last week was a crazy one! We had a wind/mud/snow storm on Wednesday! It was crazy and it the 100 mile an hour wind blew down one of our trees! So instead of building a fence Saturday, we had to find a chain saw and cut down a tree.  Lots of work, but glad it's done. Now that sections of the yard looks so bare we're considering what we want to plant there instead.


The tree took us all morning to disassemble, but it's done. Now we just have to grind down the stump and we should be good. In the afternoon Dave, Dustin and I took a long nap (yup, Dustin is still teething). After that, we found out the sink in the basement was leaking hot water, so Dave fixed that while I took the boys Grocery shopping.

Sunday after church we went to the Hindu temple with the guys in the basement. This all stemmed from the sister missionaries approached Ronak on the street and asked if they could teach his family, it lead to a discussion and the invitation to their church (and we'll all be meeting with the missionaries Tuesday night).

We tried to prep Logan on the drive over about going to a different church along with what to expect (statues, incense, etc). He was very quiet and respectful, but told Dave after he didn't like it, he wants to go to our church from now on. Dave and I think it's good for the boys to experience different religions and cultures, and it was very interesting for us to learn about their church too.

Monday night we had FHE! We watched a movie on the Tree of Life, then we had to act out the Tree of Life for like an hour (Save me, I'm falling off the iron rod! Oh no, you are stuck in the big building!!!).

Also, I got Dustin on video singing the Batman Song! And Logan telling a story about Batman. Excuse the messy house… We have 2 boys who destroy the places regularly. And a pile of clean folded laundry in the background.